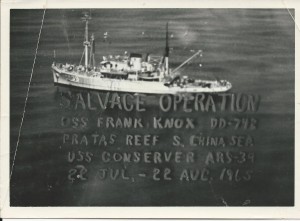 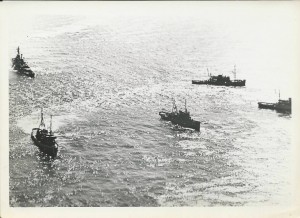 Shipmate Bill Gabriel has saved for all there years several historical documents of interest, at least to those who were on board at that time. Written by Commanding Officer, Lt Cdr C.A. Weegar.